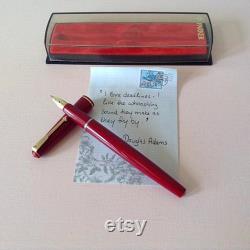 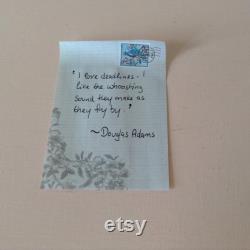 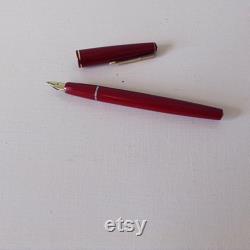 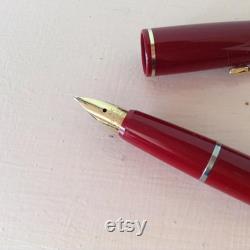 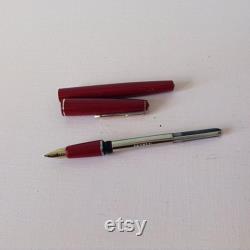 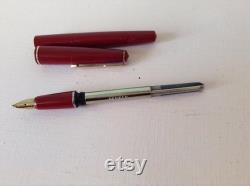 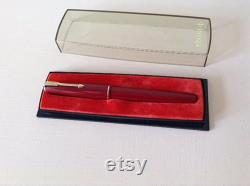 This beautiful pen is a parker duofold'17' fountain pen, original version in red and was made between 1962 and 1964. Introduced as the little brother to the standard parker duofold the dufold'17' was cheaper at the time, with the early models still having a large open nib. As these pens were produced for such a short period, they are very rare now. In 1964 parker introduced the hooded version of the pen which was produced until 1972. The pen is imprinted on the barrel with "parker 17 made in england", "17" duo and'40,-'. It has a narrow gold-filled cap band, arrow clip, and a red cap jewel. In contrast to the regular duofold's, the cap pushes on, rather than screws on.

It features a medium 14k gold nib which is stamped "parker 14k england " and it writes nicely. This pen is fitted with parker's aerometric filling system, which is renowned as extremely reliable and trouble-free.

The aluminium sleeve is imprinted with "parker, " and the instructions: "to fill, press ribbed bar at least 5 times " and "the parker pen company ltd - london, england". The pen comes in its original case. No wear to gold-filled trims.

Gold nib has a slight kink towards the tip, but it doesn't affect the performance.