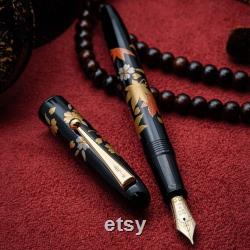 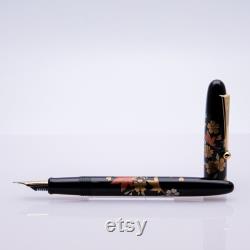 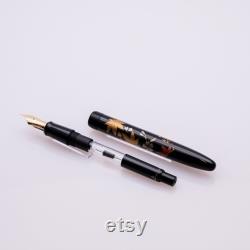 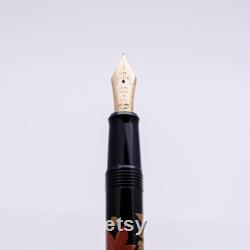 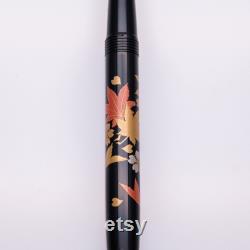 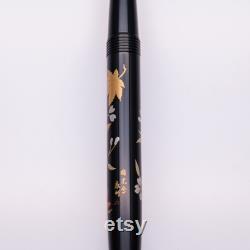 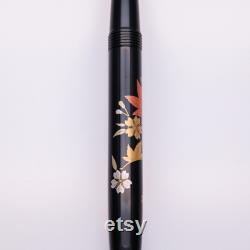 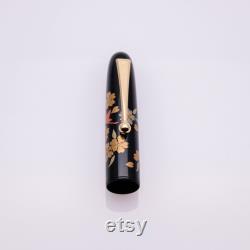 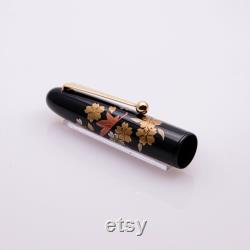 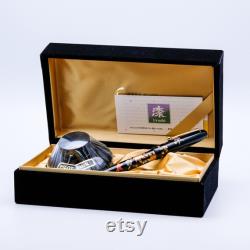 Condition nos (new old stock). Complete (with outer box, box & papers). One hand holds an ultra-fine brush, which, with calm and regular movements dips into the small palette balanced on the thumb of the other hand, which holds the object being lacquered.

Tirelessly, over more than 100 generations, japanese artists have been repeating these gestures with the precision of ritual observance. Young apprentices learn those gestures from their masters before they, in turn, become living treasures, custodians of unique know-how. Over the centuries the imagination of the artists found a way to transcend the povertà of their palette, as urushi only accommodates a small number of pigments, resulting in a small number of colors.

A veritable revolution took place during the reign of emperor shomu, in the 8th century a. With the birth of maki-e.

Maki-e literally means painting by sprinkling gold. It is particularly ingenious un that makes the best of the twin qualities of urushi, its stickiness, and its ability to mask the surface on which is applied. This technique consists of sprinkling particles of gold, silver, or materials such as mother of pearl or abalone shell on, still wet, black, or colored lacquer, respectively known as roiro and iro-urushi. Extract from the book the foud seasons of namiki by christophe larquemin.